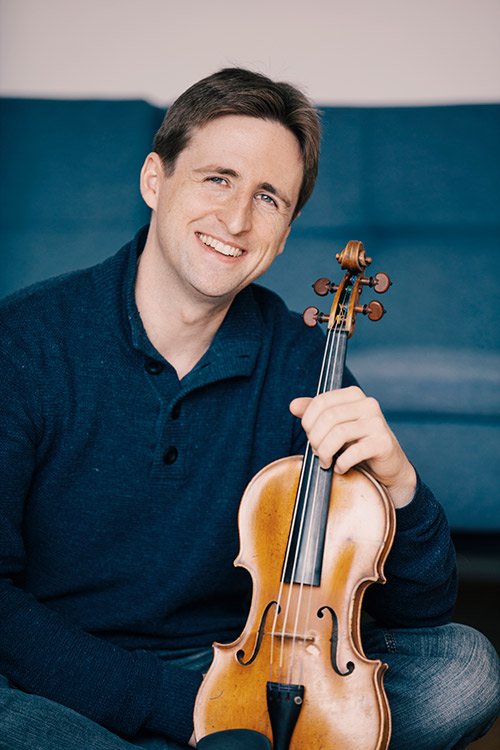 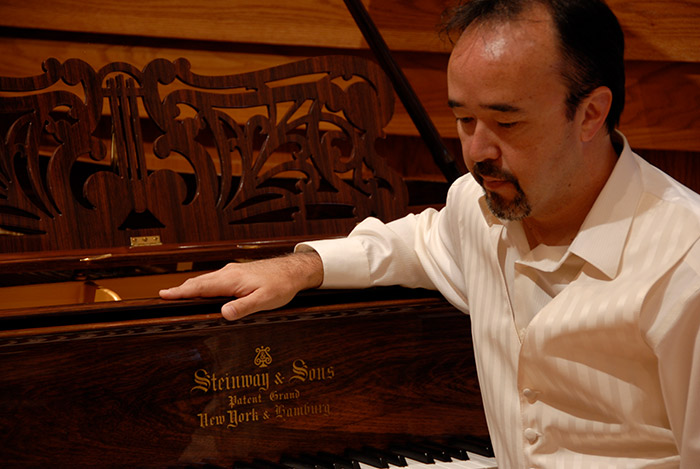 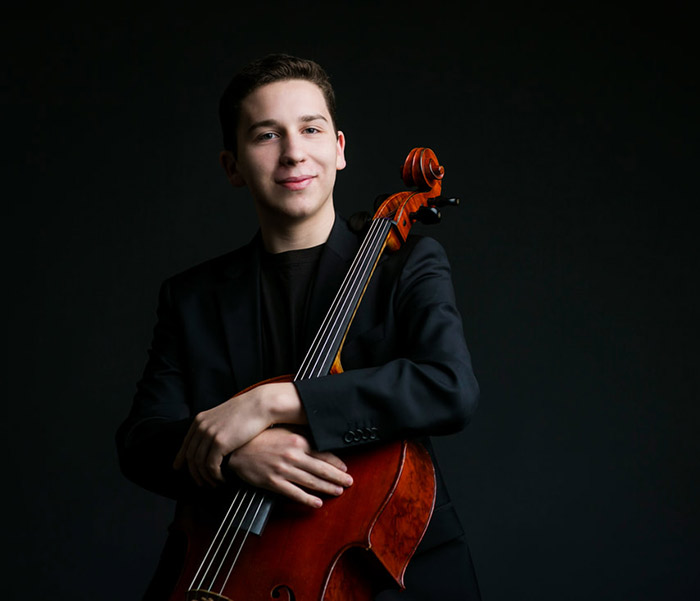 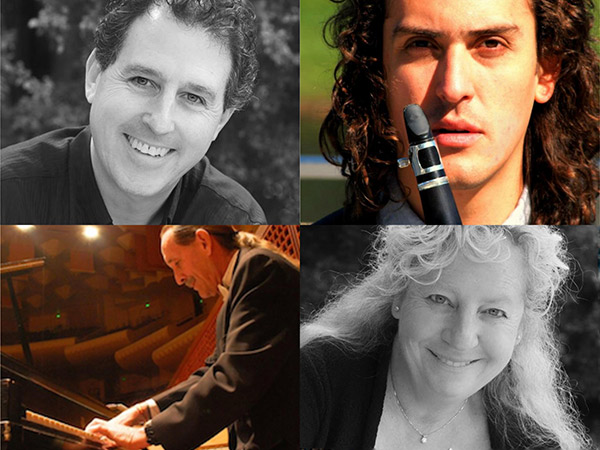 When Mozart, Brahms and Peter Schickele composed the works on this program they had particular performers in mind; they knew that their interpreters would grace each work with his unique voice. In Mozart's case, that was pretty straightforward – he wrote for himself! But Brahms was actually brought out of "retirement" by the soulful sound of Richard Mühlfeld's clarinet, and Northern California's own Peter Schickele (better known by his alter ego, P.D.Q. Bach) wrote his Clarinet Quartet for the virtuoso clarinetist David Shifrin. These pieces exemplify the autumnal Brahms, Mozart at his most lyrical, and the always eclectic Peter Schickele. 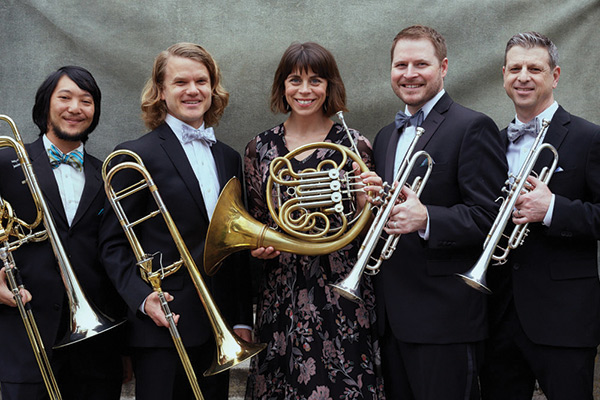 "Tamalpais Brass sounds like the beautiful mountain in Marin that is our namesake: wondrous and enticing, elusive but calming, grounding and soaring. We are a brass quintet that pushes the limits of our abilities, and we like to bring our audiences along for the ride. Our unique program will feature, among other works, Anthony DiLorenzo's blazing "Fire Dance", Andrea Tarrodi's impressionistic "Fragments from the Royal Fireworks", and a brand new arrangement of music from the English Renaissance." 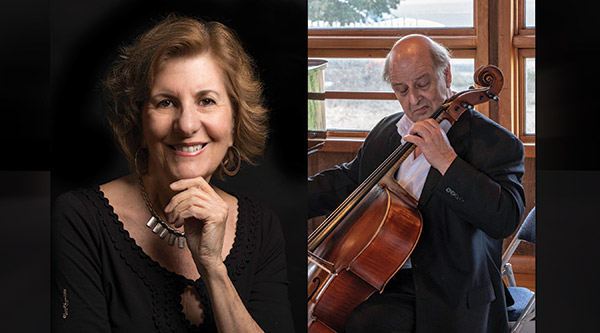 Mendocino Coast favorites cellist Burke Schuchmann and pianist Carolyn Steinbuck return! Schuchmann, known for his expressive tone and compelling interpretations, and Steinbuck, a dynamic soloist and frequent chamber music performer, will present a cello/piano recital of works by Bach, Beethoven, Debussy and Martinu. A highlight of the concert will be Beethoven's last cello sonata, Opus 102, #2, in D major. This piece, suffused with a deep spirituality, marked the beginning of his late style, and  is one of his most dramatic and experimental works. 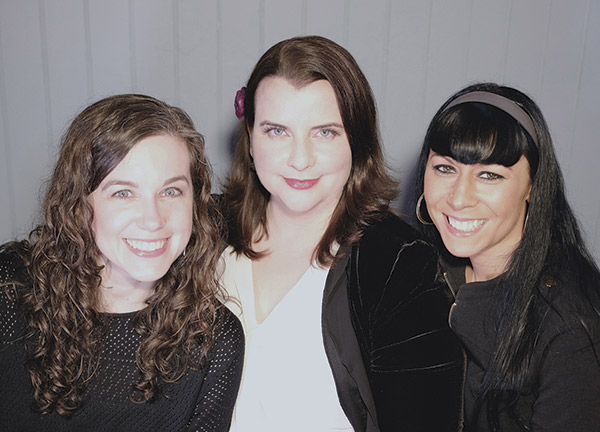 Two Sopranos:  Songs of Nature and Passion Join two of the Mendocino Coast's beloved vocalists for an afternoon of many octaves!  Sarah and Abigail, (lyric and coloratura sopranos respectively), come together again with a vocal concert of many genres and styles.   From art songs to arias, enjoy the nuance and richness of the Soprano voice.  Selections include a variety of pieces that elicit thoughts of nature and firey passion, (along with some inspiring duets)!  Featuring the virtuosity of Marie-Claire Dizin, pianist,  no December concert would be complete without a touch of Holiday cheer! 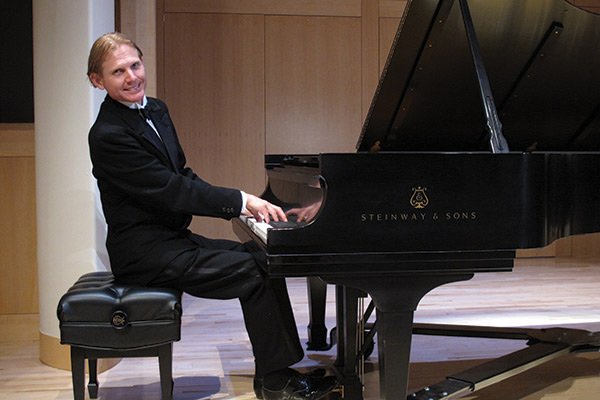 Pianist Frederick Hodges will present a program featuring several of his virtuosic piano transcriptions of Gershwin Overtures. These magnificent compositions were discovered by Hodges at the Library of Congress and contain both the beautiful lyrical songs from each show but also a wealth of previously unknown instrumental music that confirms Gershwin's genius. 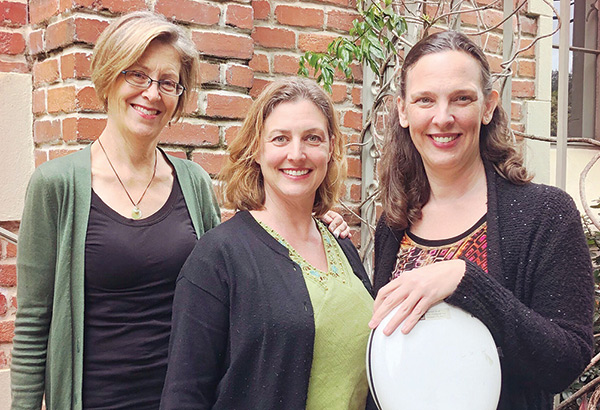 Come hear Bay Area early music luminaries, The Bach Club, perform baroque music on early instruments. This lively and engaging trio of soloists, Katherine Heater (harpsichord), Carla Moore (baroque violin) and Elisabeth Reed (viola da gamba), combine the sonorous tones of the baroque violin and viola da gamba with the vibrant sound of the harpsichord. Performing intimate chamber music of the 17th and 18th centuries, they present a program which encompasses works from the flamboyant to the sublime. 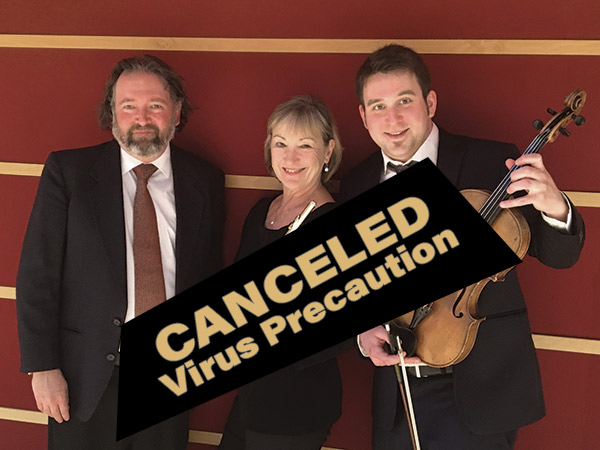 The instrumental combination of flute, viola, and piano creates a rich and beautiful sonority that SantaRosa Symphony Chamber Players Kathleen Reynolds, Alex Volonts, and Kymry Esainko will exploreto its full extent in works by Durufle, Bloch, Hahn, Martinu and others. Audiences will experience the delightful contrasts of tone color, musical genres, and the exceptional technique of these fine musicians. This program is sure to provide an afternoon of exquisite pleasure 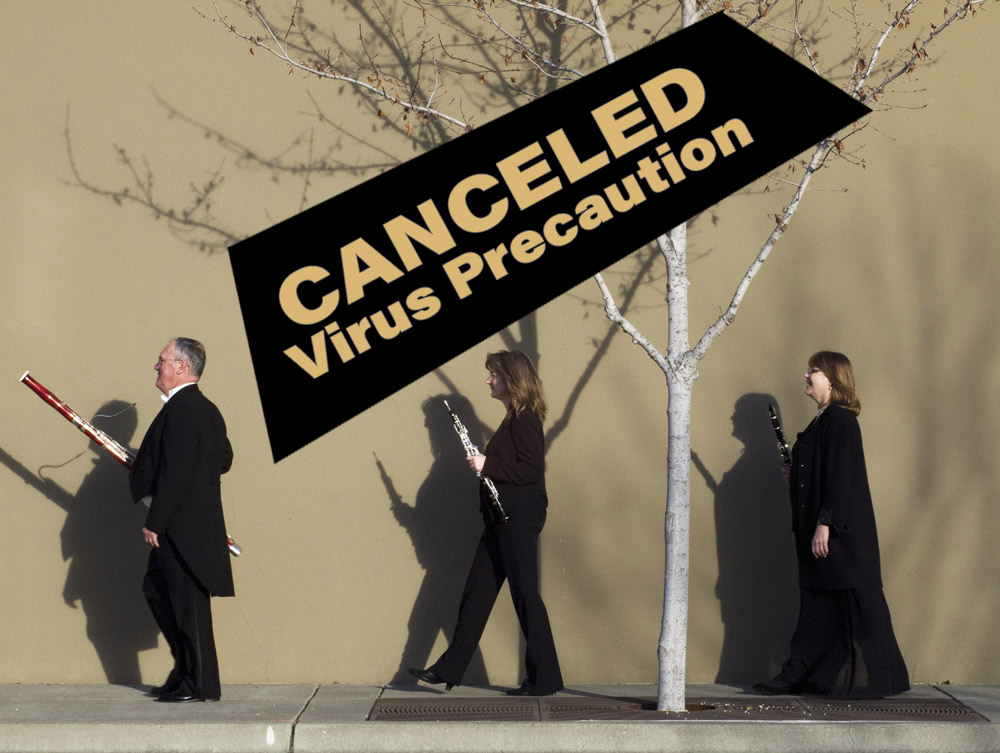 Join Trois Bois in a program of Madrigals and Pastorales, showcasing the colorful, tuneful and visceral qualities of the classical reed trio with works by Martinu, Milhaud, Francaix (or Sauguet) and Dvorak. Trois Bois has been performing since 2009 and champions a wide range of repertoire from the eighteenth century to the present, welcoming listeners into their musical landscape with verbal context and commentary. Members of Symphony of the Redwoods will join Trois Bois to close the program with Dvorak's beautiful and iconic Serenade for Winds. 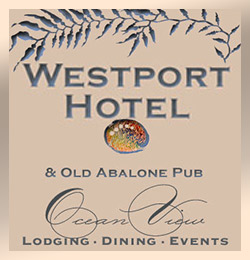 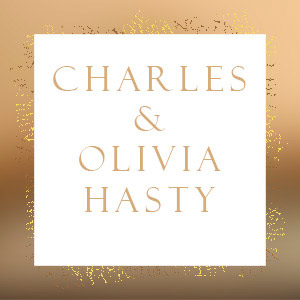 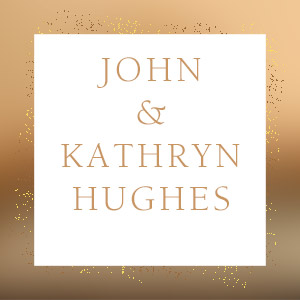 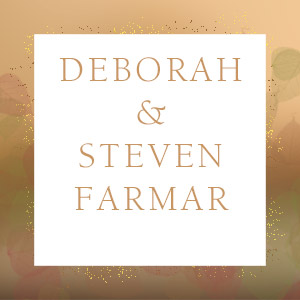