Smetana
Overture from The Bartered Bride 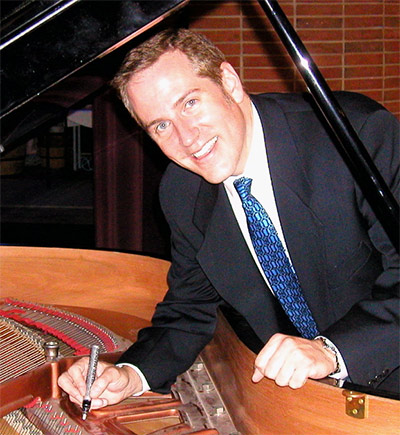 Hailed by The New York Times as an especially impressive fine pianist, RICHARD DOWLING appears regularly across the United States in solo recitals, at chamber music and jazz/ragtime festivals, and as a guest soloist in concerto performances with orchestras. Career highlights include a sold-out New York orchestral debut at Lincoln Center's Alice Tully Hall, solo recitals at Carnegie's Weill Recital Hall in New York, and a special award from the National Federation of Music Clubs recognizing his outstanding performances of American music. Mr. Dowling has presented solo recitals in the Far East, South America, Australia, Africa, and Europe.

He is also a versatile recording artist with over a dozen CDs of classical, chamber, ragtime, jazz, and popular music. His most recent recordings include Music of Old New York, a CD containing songs and piano rags inspired by The Big Apple at the turn of the century, and Gershwin for Two Pianos, a collection featuring Rhapsody in Blue and other beloved Gershwin works with virtuoso pianist Frederick Hodges.

On April 1, 2017 Mr. Dowling performed the complete piano works of the renowned American ragtime composer Scott Joplin in two historic sold-out recitals at Carnegie Hall, exactly 100 years to the day Joplin died in New York. He is the first pianist to perform the complete cycle of Joplin's 53 rags, marches, waltzes and cakewalks in public. Throughout 2017 & 2018 Mr. Dowling will perform over 70 all-Joplin recitals nationwide in commemoration of the centennial of Joplin's death and the sesquicentennial of his birth. Rivermont Records recently released his Grammy-nominated 3-CD set, The Complete Piano Works of Scott Joplin.

Mr. Dowling has long felt a special affinity for French music, art and culture. He studied at the Conservatoire in Nice, received the Grand Prix from the French Piano Institute, and made his formal recital debut in Paris at the Salle Cortot. His repertoire includes the complete piano works of the renowned French composer Maurice Ravel. In recognition of his dedication to French musical art, Mr. Dowling was inducted as a Chevalier of the renowned Company of Musketeers of Armagnac (an honor society founded in the 17th century by D'Artagnan). He is one of only a few Americans ever granted that distinction.

In addition to his career as a concert pianist, Dowling works as an editor for Ludwig/Masters Music Publications and Alfred Music Publishing for whom he has produced critical performing editions of piano and chamber works by Debussy, Fauré, Mendelssohn, and others. He also enjoys performing as a member of the artist roster of The Piatigorsky Foundation (www.pfclassical.org), a nonprofit organization dedicated to bringing live classical music to audiences across America, where since 1994 he has performed nearly 1,200 recitals under its auspices. Mr. Dowling resides in New York and is a Steinway Artist. (www.parkerartists.com/Richard-Dowling.html). 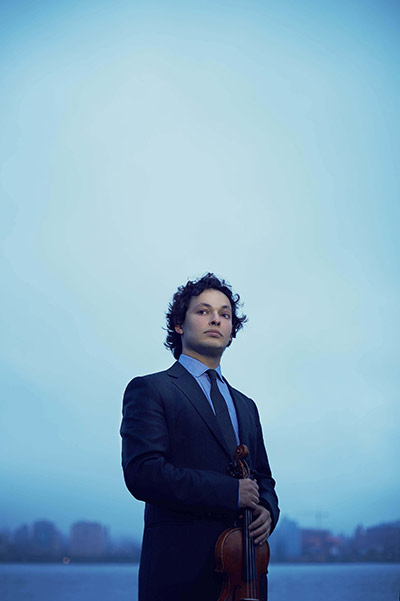 With a "dark-hued tone and razor-sharp technique" (The New York Times), Russian-American violinist Yevgeny Kutik has captivated audiences worldwide with an old-world sound that communicates a modern intellect. Praised for his technical precision and virtuosity, he is also lauded for his poetic and imaginative interpretations of standard works as well as rarely heard and newly composed repertoire.

A native of Minsk, Belarus, Yevgeny Kutik immigrated to the United States with his family at the age of five. His 2014 album, Music from the Suitcase: A Collection of Russian Miniatures (Marquis Classics), features music he found in his family's suitcase after immigrating to the United States from the Soviet Union in 1990, and debuted at No. 5 on the Billboard Classical chart. The album garnered critical acclaim and was featured on NPR's All Things Considered and in The New York Times. Kutik's 2012 debut album, Sounds of Defiance, also on the Marquis label, features the music of Achron, Pärt, Schnittke, and Shostakovich. Kutik released his third solo album, Words Fail, to critical acclaim on Marquis Classics in October 2016. The album uses Mendelssohn's Songs Without Words as a starting point to expand upon the idea that music surpasses traditional language in its expressive capabilities, and includes two new commissions on the theme by Timo Andres and Michael Gandolfi.

Highlights of Yevgeny Kutik's current season include his debut with the Rochester Philharmonic Orchestra playing Mozart's Violin Concerto No. 3, as well as debuts with the La Crosse and Tallahassee symphony orchestras, and performances with the Traverse and Berkshire symphony orchestras. Highlights of his recitals this season include performances at the University of Arizona Presents, Kean Stage, Tuesday Evening Concert Series, the Glacier Symphony & Chorale's Festival Amadeus, and the Nantucket Musical Arts Society. Additionally, at the invitation of the International March of the Living, he will perform concerts in Warsaw and Krakow, and appear at the Holocaust Memorial Day ceremony at Auschwitz in April 2018.

Deeply committed to fostering creative relationships with living composers, Yevgeny Kutik has been involved in commissioning and premiering new works. Recent highlights include the world premieres of Timo Andres' Words Fail at The Phillips Collection, Michael Gandolfi's Arioso Doloroso/Estatico at National Sawdust in Brooklyn, Ron Ford's concerto Versus with the Tanglewood Music Center Orchestra, and Sheila Silver's Six Beads on a String, as well as the New York premiere of George Tsontakis' Violin Concerto No. 2 at the 92nd Street Y. He has also been involved in the performances of new and rarely played works by Kati Agócs, Joseph Schwantner, Nico Muhly, and Donald Martino.

Passionate about his heritage and its influence on his artistry, Kutik is an advocate for the Jewish Federations of North America, the organization that assisted his family in coming to the United States, and regularly speaks and performs across the United States to both raise awareness and promote the assistance of refugees from around the world.

Yevgeny Kutik made his major orchestral debut in 2003 with Keith Lockhart and The Boston Pops as the First Prize recipient of the Boston Symphony Orchestra Young Artists Competition. In 2006, he was awarded the Salon de Virtuosi Grant as well as the Tanglewood Music Center Jules Reiner Violin Prize.

Yevgeny Kutik began violin studies with his mother, Alla Zernitskaya, and went on to study with Zinaida Gilels, Shirley Givens, Roman Totenberg, and Donald Weilerstein. He holds a bachelor's degree from Boston University and a master's degree from the New England Conservatory and currently resides in Boston. Kutik's violin was crafted in Italy in 1915 by Stefano Scarampella. 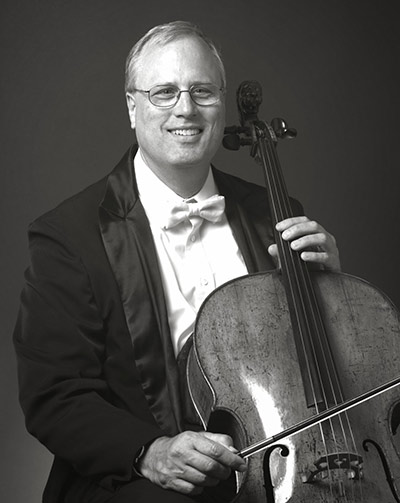 David Kadarauch, Principal Cellist of the San Francisco Opera Orchestra for the last 43 years, was born in Washington, D.C. and studied at the Curtis Institute of Music and the Vienna Academy on a Fulbright Scholarship. A finalist and prize winner in the Prague International Competition for Violoncello in 1970, David also won the Philadelphia Orchestra Youth Auditions in 1968, and performed this same Saint-Saëns concerto with that orchestra at the beginning of his career 50 years ago.
Married with two grown children, he divides his time between Mendocino and the Bay area.

Join two of the Bay Area's favorite instrumentalists for a program of solos and duets for cello and clarinet/bass clarinet. Cellist Hannah Addario-Berry has been delighting music lovers around the world for over a decade. Specializing in chamber music and solo repertoire, Hannah is passionate about performing music by living composers. Jeff Anderle is a pioneer in the world of low reeds, helping to popularize the role of the modern clarinet and bass clarinet through his innovative and performances. Their musical collaboration began in 2004 when they met as graduate students at the San Francisco Conservatory of Music. 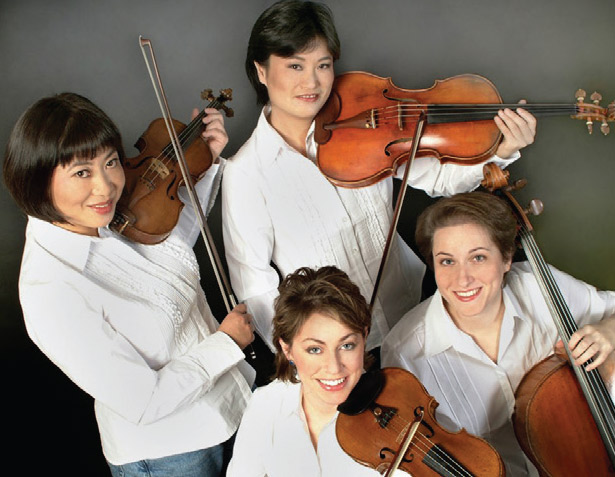 Named for the celebrated American painter Mary Cassatt, the Cassatt String Quartet was the first quartet chosen for Juilliard's Young Artists Quartet Program. They have performed at New York's Alice Tully Hall, Weill Recital Hall at Carnegie Hall, Tanglewood Music Theater, Kennedy Center in Washington DC, and in Paris, China, and throughout the world. At a recent performance at the Library of Congress, the Cassatt String Quartet performed on the library's matched quartet of Stradivarius instruments. They have been heard on NPR's Performance Today and have made thirty recordings. 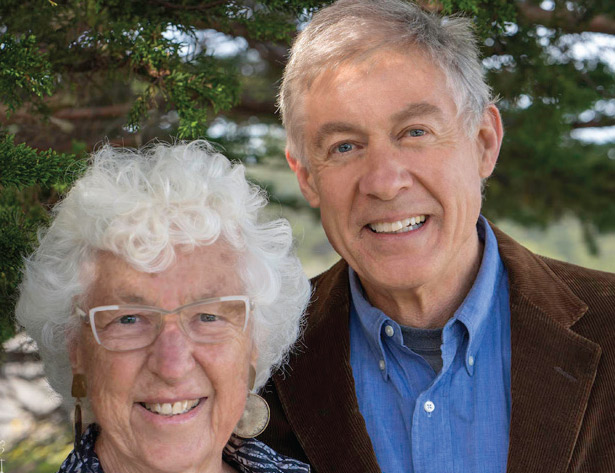 Opus audiences will remember Matthew Miksak, bass-baritone, and Carole Barnes, piano, from their masterful performance of Die Schöne Mullerin, the first of Franz Schubert's song cycles. Now they present the last and greatest of Schubert's song cycles, a setting of twenty-four poems by Wilhelm Müller, the profoundly moving Winterreise (Winter's Journey). A performance not to be missed! 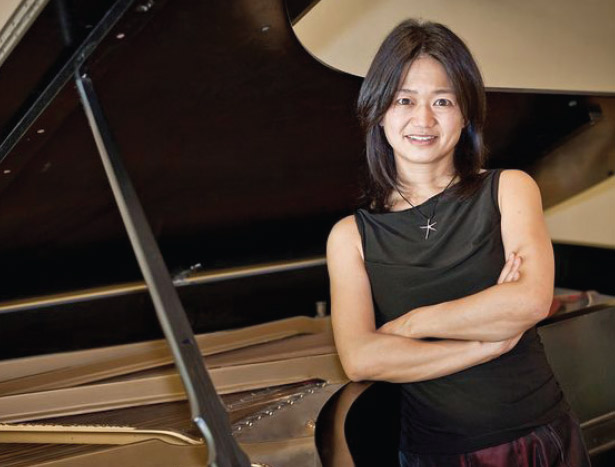 Ms. Fukasawa returns to the Mendocino Coast to perform an inspired solo piano program entitled Prints and Poetry - a sonic journey of word and images. The cornerstones of the program are Liszt's Dante Sonata, the epic tone poem inspired by Dante's Divine Comedy, and 36 Views of Mt. Fuji by Sunny Knable, a sonic journey of eastern Japan inspired by Hokusai's woodblock prints. The prints will be projected during the performance of 36 Views. The program also includes other poetically inspired music, including both Fauré and Debussy's Clair de lune, as well as shorter works of Liszt. 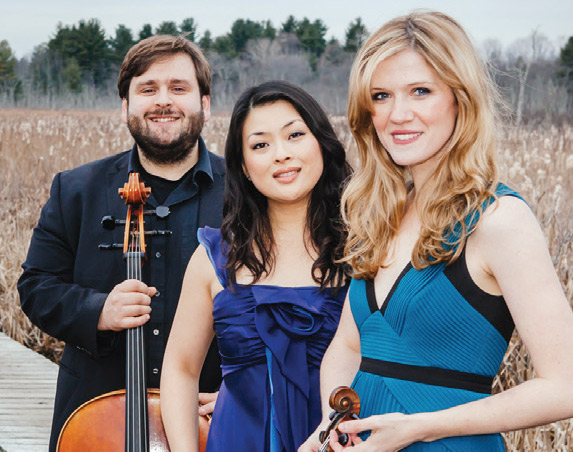 Violinist Anna Williams, cellist Mikhail Veselov, and pianist Eri Nakamura formed the Neave Trio in 2010. This stellar ensemble has earned enormous praise for their engaging, cutting-edge performances. Neave is a Gaelic name meaning 'bright' and 'radiant', both of which apply to this trio's music making. The Boston Musical Intelligencer included the Neave Trio in its Best of 2014 and Best of 2016 roundups for "their unanimity, communication, variety of touch, and expressive sensibility." 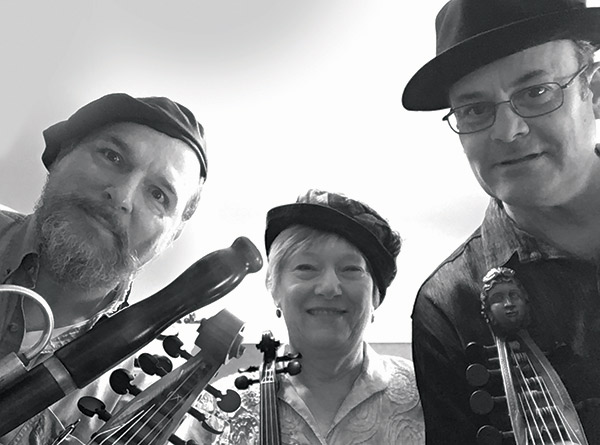 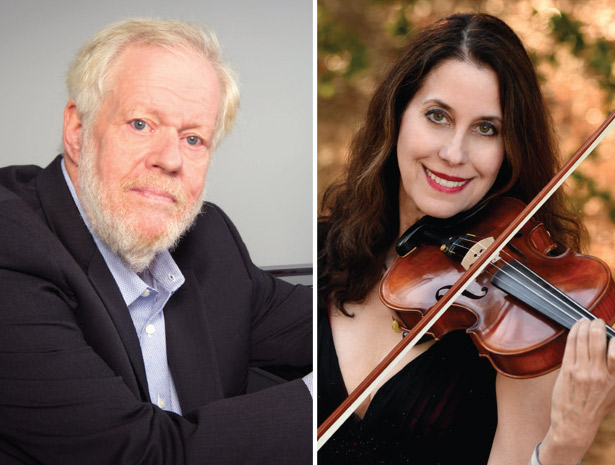 With their skilled and passionate musicianship, violinist Anita Fetsch Felix and pianist Miles Graber perform music by women composers who created great works despite the cultural barriers to women in in the 19th Century. These composers include Clara Schumann, who sacrificed her own musical career in deference to her husband's career, and Fanny Mendelssohn, who, despite her prodigious talent, was given less support for her musical endeavors than was her famous brother Felix. They will also perform works by Maria Grandval, a French Romantic composer who achieved fame by publishing music under a male pseudonym. 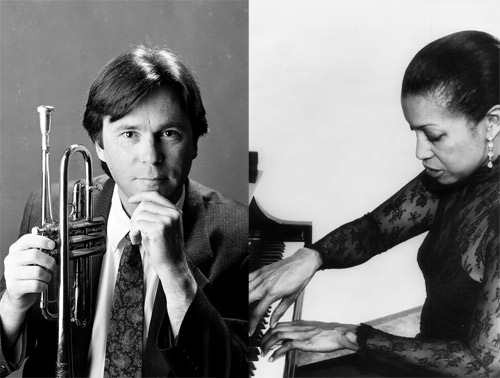 Trumpeter James Rodseth performs accessible, fun, and interesting works for trumpet and piano, including sonatas by Kent Kennan and Eric Ewazen, Caprice by Joseph Turrin, and Legend by Georges Enesco—some of the best music composed for trumpet and piano in the 20th Century. A Mendocino native, Mr. Rodseth is a long time member of the Mendocino Music Festival Orchestra and principal trumpet of the Sacramento Philharmonic. He will be joined by acclaimed concert pianist Theresa Keene. Ms. Keene is a graduate of Eastman School of Music and San Francisco Concervatory of Music and now principal keyboard instrumentalist with Sacramento Philharmonic Orchestra. She will perform some selections for solo piano as well as accompany Mr. Rodseth in the finale Opus concert of the 2018-19 season.

Harvest Market, Fort Bragg or Out of This World, Mendocino

also available at the door.